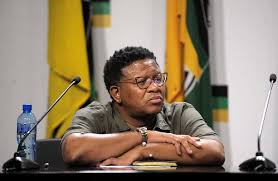 The ANC government’s Minister of Transport, Fikile Mbalula, has just announced that his Department is looking into the possibility of expanding shipping and the ships will be managed by their incompetent department.

Informed sources say the announcement comes simply as a distraction after it became known that Prasa is also bankrupt like almost every other state entity in this country.

Mbalula’s announcement that a network of ships can be built to transport cargo will not come off the ground as long as every other entity, and the country is in an economic turmoil where debt burdens are higher than what is allowed in the business world.

With SAA facing liquidation, and South Africa approaching junk status, with a possible recession on everyone’s lips, it is a waste of money and time to look at shipping as an option, informed sources.