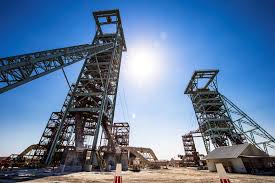 With the continuing decline of the business environment in SA, AngloGold has also decided to join the exodus and has pulled out of South Africa, further weakening economic conditions, although it has divested its interests.

In doing so, the mining group ends its long history of mining in South Africa and, with the sale of all its interests at R4,4 Billion, finally showed its heels to SA.

The new owners, Harmony, snapped up the last two active operations of AngloGold with the aim of reducing its own risk.

However, the fact that Harmony bought the industry does not mean that everything remains unchanged, because every mining house or industry leaving the country causes new investors to come in and take over the interests.

AngloGold’s Chief Executive, Canadian Kelvin Dushnisky, has not let the grass grow under his feet and has moved from one group to the next, and with the latest move, sold the last part of the interests in SA.

See also: SA, which was the world&#8217;s largest gold producer, has been struggling to stay afloat because of black zama-zama&#8217;s