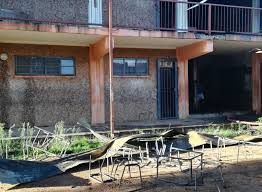 Another school was burned down by the country’s “barbarians” reducing the number of schools meant for blacks.

The school, located in the Vanderbijlpark location, is an elementary school that suddenly leaves a large number of pupils without a classroom.

Although the authorities have ordered an investigation into the incident, it is the work of vandals who decided to burn down the school just a day before the first day of the term.

The Tokelo Secondary School in Evaton, started burning in the early hours of the morning, and no trace of the culprits was found.

The fire reportedly caused a loss of more than R4m and repairs are only expected to begin after the investigation has been completed.