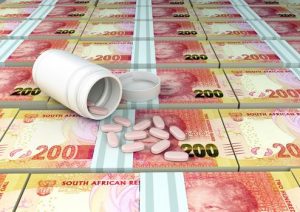 It is crucial for the Rev Isaac Harley to take his medication daily – it’s a matter of life and death really.

As a diabetic with a hypertensive comorbidity, he depends on his tablets and insulin to maintain his insulin levels and to manage his high blood pressure.

But it’s been one problem after the next, he told The Sunday Independent, since his medical aid recommended he use its pharmacy’s direct service to deliver his chronic medication to his address instead of claiming from a local pharmacy in his neighbourhood, Elsies River in Cape Town.

“On more than one occasion I’ve had to call to find out what had happened to my medicine.

“During one stint I had no medicines for two weeks because of delivery delays and I didn’t have funds so I had to borrow medication from my mother, who is also diabetic, and money from friends to get the other medication privately,” the 48-year-old said.

In a battle spanning several years, the Independent Community Pharmacy Association (ICPA) challenged the Council for Medical Schemes to do away with closed designated service providers and penalty co-payments, which they believed didn’t have the interests of the patients and pharmacies at heart.

ICPA represents a pool of more than 1100 pharmacies, about 2500 pharmacists and 20000 supportive healthcare personnel spread across the country.

The Council for Medical Schemes, via Board Notice 435 of 2017, recently invited the public to make written representations concerning their intention to declare certain practices by medical schemes in selecting designated service providers and imposing excessive co-payments on members as irregular or undesirable practices.

Harley is one such patient in support of doing away with designated service providers so that he, and many like him, can choose where and when they access their medication.

A designated service provider is a healthcare provider network (doctor, pharmacist, hospital, etc) appointed by medical schemes to diagnose, treat or care for their members.

“The ICPA believes that this practice violates the constitutional right of medical scheme members to choose where they wish to have their medicines dispensed, to choose which doctors they wish to consult, and to choose to which hospital they would like to be admitted.

“This is an opportunity to stop this undesirable practice and everyone had until the end of June to make comment to the Council for Medical Schemes and the Minister of Health,” Jackie Maimin, the ICPA chief executive, said.

“Many South Africans have been inconvenienced by closed designated service providers, which force them to get their medicines only from certain pharmacy channels or face penalties.”

It’s an inconvenience Harley said he knew all too well.

“I’ve been appalled by the service of the ‘direct pharmacy’. I still haven’t received my box of medications for May. My kidneys were painful recently because I hadn’t received my medication.

Isgak Ismail, a pharmacist and owner of Reo Pharmacy, said he too had witnessed “many incidents” similar to Harley’s where a patient’s health had been adversely affected by unreliable medicine supply policies.

“Furthermore, there are also economic hardships imposed on poor communities by the enforced co-payment which schemes impose if the member chooses the local, and most accessible, community pharmacy,” Ismail said.

Maimin said by imposing the “very restrictive” closed designated service providers, medical schemes were effectively depriving their members of the choice as to where they could get their medicines.

“While we accept that some co-payments may be necessary, we are challenging how these co-payments are calculated, as we believe the penalties are too high and often patients end up paying as much as 40% to 100% of the cost of their medicines out of their own pocket.

“It is also critical that a patient’s history of medicine taking, acute or chronic, is managed in a single environment to avoid the possibility of dangerous drug interactions.”

* If a closed designated service provider has negatively affected you, a loved one or someone you know, please visit your local pharmacy to fill in a commentary form. You may leave it with the pharmacist who will forward your comments to the Council for Medical Schemes for you.