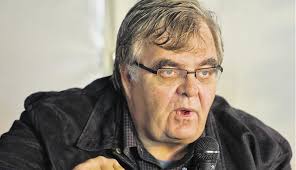 ANC Chairman on economic transformation, Enoch Godongwana, said during an interview with the Sunday Times that money from the country’s private and public pension funds should be used to pay off the debts of struggling state-owned enterprises such as Eskom and SAA. In response to the statement, economist Mike Schüssler said it was just another way to take and use South Africans’ assets to save the country’s situation.

According to Godongwana it is a better alternative than approaching the International Monetary Fund (IMF) and the World Bank for help. He argues that borrowing money from the World Bank is insignificant because there is enough money in the economy that can be borrowed, probably cheaper and possibly with a smaller exchange rate risk. He goes further by saying that the country’s asset management industry, which includes pension funds, insurers and other investors, is estimated to have about R6 000bn under management.

Network 24 reports that Schüssler believes the unions will not be very inclined to such a step because their members are among those who will be hurt.

He believes the possibility will also attract a lot of attention from the ANC’s alliance partners.

Nevertheless, Cosatu president Zingiswa Losi told the Sunday Times that such a move would be better than the country turning to the IMF, because a loan from the IMF could jeopardize the country’s sovereignty.

“What we want is assurance that the money will be used for the initial purpose and not for corruption.

“We also want guarantees that the money will be repaid,” said Losi.

Political analyst Theo Venter of the North-West University’s business school in Potchefstroom says such a move could have political consequences for the ANC.

The party runs the risk of a backlash from its traditional support base, in part because it is not only the so-called “white money” that will be used, but increasingly the pension money of the black middle class in South Africa.

The dilemma that the government has to approach the IMF is that the IMF sets strong conditions that affect the independence of states.

Venter says the dilemma the government has to call on the IMF for assistance is that the IMF sets strong conditions that affect the independence of states.

He says that it has often been pointed out that the dollar value of South African pension funds is among the top ten in the world and that the government should use it rather than IMF loans.

Geordin Hill-Lewis, the DA’s spokeswoman for finance, said in a statement that Godongwana’s remarks also confirm that the prescribed assets will not only be limited to the public investment corporation’s R2 000bn.

“If the ANC is serious about growing the economy and attracting investment, this step (to use the money from local private and public pension funds) will be the worst thing to do.”

Hill-Lewis says the ANC is now prepared to return to the same “desperate measures” that the National Party government introduced at the time.

This is an irresponsible and unacceptable policy proposal. “It should be rejected by every South African whose savings are in their pension funds and whose future financial security depends on the responsible management of those funds.”