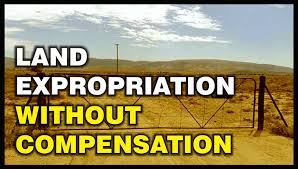 After all, farmers are also beginning to sell their equipment and transfer the money to foreign banks  for the purpose of buying or renting land elsewhere, but not in South Africa or Namibia.

Information received from farmers who prefer to stay anonymous says they are receiving offers from around the world to farm at attractive conditions.

Farmers believe there is no prospect for farming in South Africa, because your property can be taken away from you every day, and then they are seated without a future.

Agricultural experts are worried that the new trend will lead to a crisis in food production, and that untrained black farmers will throw in the towel  if the natural disasters hit them.

This could lead to an overall depopulation of rural areas, which has catastrophic consequences for everyone in the country.