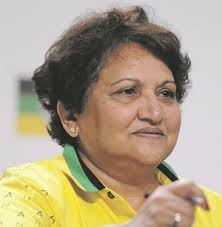 Ministers should decide for themselves if they will resign after appearing before the commission of inquiry into allegations of state capture. They should, however, apply a test of whether they are complicit in corruption says the ANC.

“I think it’s going to depend on the individuals and how they present themselves[and] what they put to the [deputy chief justice Raymond] Zondo commission, and how that is understood and what culpability might be inferred in what they say,” deputy secretary-general of the party Jessie Duarte said at a press briefing in Cape Town on Wednesday.

The governing party welcomed former finance minister Nhlanhla Nene’s resignation after he admitted to lying about having met with the Gupta family in his capacity as deputy finance minister.

Duarte said the case for a minister resigning in the wake of the testimony presented at the commission would depend on “whether they have gone out of their way to ensure a particular family benefited very directly from the state’s coffers.”

It would also hinge on “whether they were, in fact, treating this family as they would any other business, and dealt with it in the same way,” Duarte added.

“He is very well respected internationally. As governor of the Reserve Bank, he interacted a great deal with other governments. So we believe that does stand us in good stead,” Duarte said.

Duarte herself said she is ready to testify about the ANC’s dealings with the formerly Gupta-owned ANN7 — which was pulled off the air by MultiChoice earlier this year — and its sister newspaper The New Age, which was closed shortly after sale to businessperson and former government spokesperson Mzwanele Manyi.

“I’m very keen to go [to the commission]. I think it’s important that we all understand the role that was played by the ANC in the establishment of ANN7 and the New Age,” she said.

“I’m very happy to go talk about meetings I held with [former editor] Moegsien Williams. I have nothing to hide and I’m not afraid to say we discussed a media that would give the ANC unmitigated space to put its policy forward. I will do that with pleasure.”

But Duarte admitted that the ANC felt as if it was on trial.

“Yes, the perceptions are that the ANC is on trial and we are concerned about that.”