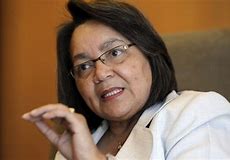 The ANC government’s poor performance, especially in the economic and financial sphere, is also highlighted in its inability to settle its debt to municipalities.

The ANC’s Minister of Public Works, De Lille, has acknowledged that the state owes more than R1 billion to municipalities.

There are apparently some of the municipalities that are struggling, partly because the state’s obligations to them are not being met, which leads to unauthorized transactions with the local council.

Unconfirmed reports state that De Lille has liaised with more than 60 municipalities to determine the amounts owed, which is believed to total R1 billion. The other 190 municipalities are yet to be contacted, which could amount to a further R2 billion to be paid by the state.