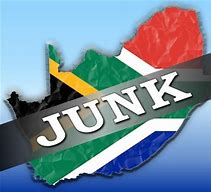 The financial decline that continues in South Africa has given the business sector reason to become more concerned about future business activities in most business areas.

Gross Domestic Product (GDP) declined by 0.6% in the third quarter of 2019, according to the Statistics Service’s report.

Calculated on a year-to-year basis, this is seen as a downturn that the economy has now stagnated, thereby having serious consequences for job creation.

The government hoped for a 1.5% growth rate, but economists warned that the target could not be achieved if sufficient new jobs were not created.

South Africa is now in a junk status phase, and although Moody’s is the only rating agency still trying to hide it, it’s clear that in the next decade the country will struggle to get rid of its economic crisis.