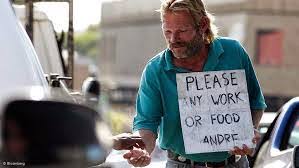 The latest data from Statistics SA show that the country’s stagnant economy has severely affected the labor market as well as unemployment.

At the top of the list are home workers where almost 66,000 workers lost their jobs year after year. The country’s unemployment rate currently stands at 27.5% with the total unemployed currently at about 6.2 million people.

Changes in legislation and increased minimum salary provisions from home workers led to the fact that many households have decided to let their homes go.

In the agricultural sector, thousands of workers lost their jobs due to the regime’s decision to force landowners to pay more.