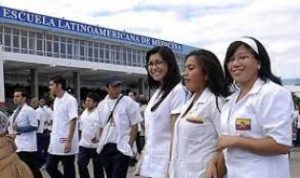 Allegations are being made that the ANC Free State paid more than R330,000 per student to study in Cuba to become a doctor.

This is more than double the amount it would have cost in South Africa, and the biggest problem is that the students did not graduate.

It takes six years to graduate as a doctor in Cuba, plus one year to be taken as a language course beforehand to master Spanish.

Initially, 211 students were sent to Cuba, 33 of whom soon returned to SA, but soon after, one perished in a street of the capital.

The training of doctors in Cuba differs from the training offered in South Africa, and experts warn that the doctors are not necessarily suitable for the service expected of doctors.