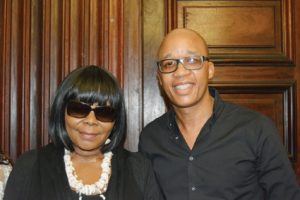 LAND DEAL OF THE CENTURY: We just can’t stop the ANC regime which has captured South African government institutions, to use as personal cash machines, running the country like African tinpot despots. The capture and crookedness, the famous #AfricanWay, is just too deep seated. Ramaphosa is sitting on the findings of the Mpati commission for several months now while the PIC, which runs the Government Employee’s Pension Fund GEPF), paid 28 times the going rate for a piece of of bare land which was bought by a fraudulent Klerksdorp developer, [email protected] Development, for only R20 million.

We have been subjected to State Capture news for years, and there has been a judicial commission of enquiry into the workings of the Public Investment Commissioner (PIC) , called the Mpati commission, but still something like this happens? To top off the Land Deal of the Century, which we covered here, the GEPF is now the proud owners of ONLY 60 % of this piece of land in question, 1,028 hectares in total.

The directors of Isago are, Ramata Knunou, a family doctor of Klerksdorp, and a Doreen Crause who remains the owners of 39% and 1% percent now sommer belongs to alleged “soldiers” of the ANC armed wing and APLA (The #BlackFigLeaf no doubt). To add more insult to injury, 60 hectares of the purchased land is dolomite and prone to sink holes. This deal is as crooked as can come but the crooked PIC still maintains in the media that they did all the necessary due diligence studies, before signing off on the deal in November 2019?

– The PIC says they paid that much because the plan is to do developments on the land. Yet Isago also owned another piece of land close by which they sold at a much lower R 5084 per hectare in 2011. That land was developed afterwards. A mall was built on it by Redefine Properties. Redefine certainly saw no need to pay such a ridiculous price for that property.

– The now GEPF land is still zoned as Agricultural land.

– A company that does valuations which they get from comparative sales in the area valued the GEPF land at R 2863 per hectare.

– Some of the GEPF land was already expropriated without compensation by the Klerksdorp municipality. Roads and infrastructure for the Redefine mall was built on it.

– The Klerksdorp municipality has legal claims of R 29, 5 million against Isago pending in court.

– Klerksdorp municipality (Matlosana) claims R 10 million from Isago for electricity, which wasn’t paid and where the ratepayers of Klerksdorp had to cough up in the end.

– Matlosana has an agreement in place where Isago must give them 10 % of all its profits. This agreement kicks in if any Isago property is sold to third parties and where they don’t develop it themselves.

– This whole saga with the GEPF is a copy and paste of Isago transactions stemming from 2017 where Isago sold vacant land to another pension fund (MCPF). Fraud with that transaction was discovered by the bankrupt MCPF curators and a case was opened with the Hawks. A court settlement was eventually reached where Isago agreed to pay back around R 120 million. But the big catch was that the MCPF would have to wait for the transaction with the GEPF to go through according to the agreement.

– Agricultural body SAAI has opened a criminal case with the Hawks in the past week with regards to this snout feeding exercise. 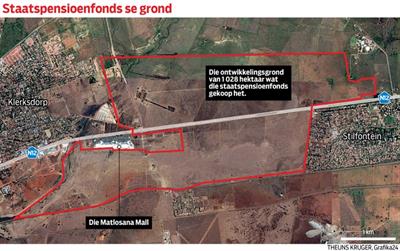