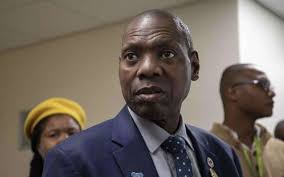 The ANC’s Minister of Health, Zweli Mkhize, again explained how the so-called National Health Plan will be approached.

Without even releasing new information to the media, he even quoted the terrorist leader of the past, Mandela.

The talk of how the Plan will lead to completeness over a period of seven years is all that has been said, without pointing to the possibility that the country’s economy may fall even further, which could hamper the phasing-in of phases.

No indication has been given how much it will cost taxpayers, or at what stage the taxes will increase to fund the R400bn it will pay annually.

According to Zweli Mkhize, new appointments will be made during the seven-year period to manage the excessive administrative burden.

He says a cross-subsidy system will apply, which means those who are healthy and still economically active will bear the burden of paying the expenses of the unemployed and the elderly guardians who are on retirement.

No mention was made of how hospitals’ chaos will be transformed into effective health settings, or where the doctors will be taken from to deal with the influx of the sick.