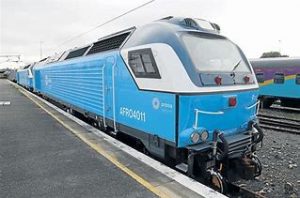 The state-run Passenger Rail Agency (Prasa) has been placed under administration with immediate effect. Fikile Mbalula, minister of transport, announced the decision Monday morning during a media conference. Furthermore he stated that the immediate dissolution of Prasa’s interim council will also come into effect. Bongisizwe Mpondo was appointed as Prasa’s administrator . This decision comes barely a week after the South African Airways was put into business rescue.

According to Mbalula, the Department of Transport has conducted a review of Prasa over the past few weeks. On this basis, the Department has concluded that the entity faces numerous challenges that will require crucial interventions in leadership and management .

Maroela Media reports that Mbalula explaind that the mere replacement of an interim board with a permanent board will not solve Prasa’s problems. “So I decided to dissolve the interim council and put Prasa under administration,” the minister explained.

“I have concluded that a more invasive intervention is more important than appointing a permanent board. Such an intervention should enable rapid turnaround times in decision making to stabilize operational performance. ”

During this morning’s media conference, the minister pointed out that the auditor-general (OG) in his management report for fiscal year 2018-’19 pointed out critical issues regarding Prasa’s management. According to the OG, Prasa did not take effective steps to prevent irregular, fruitless and wasteful expenditure at the entity.

The AG also emphasized in the report that no progress had been made in eliminating the material shortcomings regarding financial reporting and internal management.

The Standing Committee on Public Accounts (Scopa) welcomed the decision to put Prasa under administration.