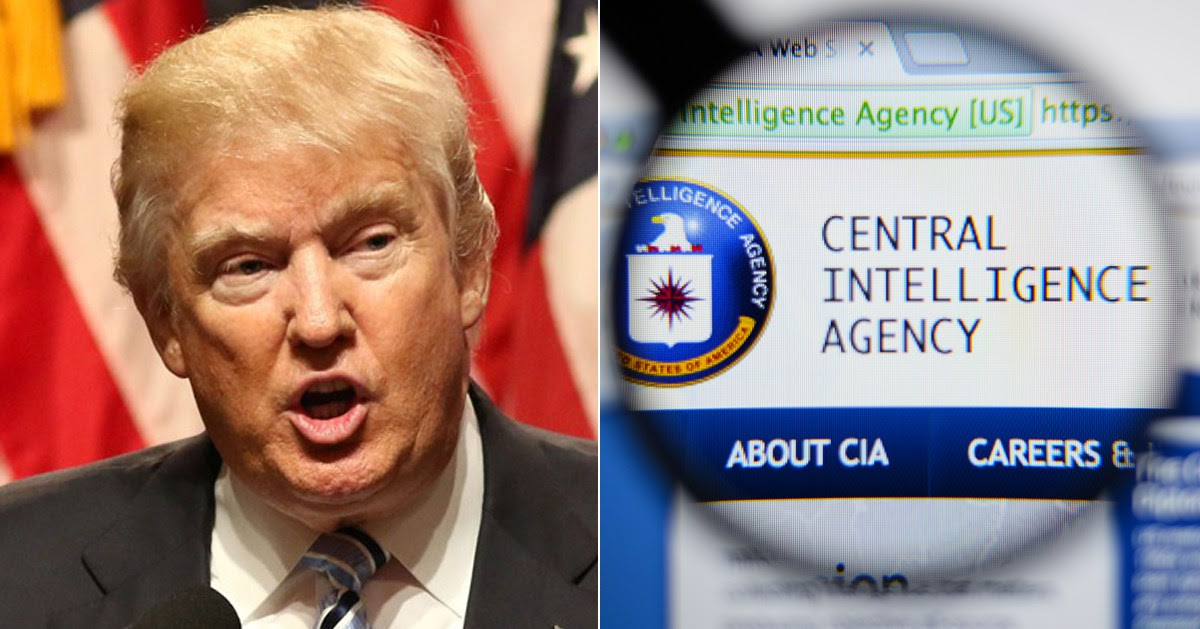 Barely 24 hours after stunningly revealing that President’s Donald Trump and Barack Obama have been leading a secret Freemason coup against the Bush-Clinton Crime Families, the Security Council (SC) in a new report circulating in the Kremlin today states that over 50 top Obama regime Pentagon and State Department intelligence experts have now joined with Trumpian forces as America’s new leader prepares to confront and issue an ultimatum to the Central Intelligence Agency (CIA) tomorrow at their secretive Langley, Virginia, headquarters. [Note: Some words and/or phrases appearing in quotes in this report are English language approximations of Russian words/phrases having no exact counterpart.]

According to this report, with President Trump having been surrounded and protected by one of the largest private mercenary forces ever seen in the US, the CIA-led “Deep State” coup seeking his death, or destruction, to keep him from power has failed, thus preparing Trumpian forces, aligned with Obama regime deep cover intelligence operatives, to fulfill President John F. Kennedy’s vow to break this corrupt and demonic US spy agency “into a thousand pieces” and “scatter it to wind”—and that President Kennedy was publically executed for attempting, and when President Richard Nixon attempted this too, he was ousted in coup.

Security Council analysts writing in this report state that the Bush-Clinton Crime Families have been able to maintain their stranglehold over America for nearly 50 years due to the trillions-of-dollars they’ve earned thorough the CIA’s international drug cartel—but when these CIA-led Bush-Clinton forces attacked the United States on 11 September 2001 in order to be able to invade Afghanistan, who had completely eradicated their opium production, the Freemason forces led by Trump-Obama had no choice but to respond.

With the first American narcotics experts having gone into Afghanistan in early 2001, this report notes, they concluded that the Taliban movement’s ban on opium-poppy cultivation had wiped out the world’s largest crop in less than a year—but with the CIA’s 9/11 false flag operation being a success, by 2014 opium production in this nation had soared to new record highs ensuring that these monsters illegal drug operation would continue to operate.

Seeking to ensure that their illegal opium and heroin sales could, also, continue without interference, this report grimly details, the Bush-Clinton Crime Families, in 2003, then illegally invaded Iraq in order to open new smuggling routes to both Europe and North America—but when Iraqi forces began to crack down on this CIA-led operation, these monsters then turned to Islamic radicals (ISIS) to keep their massive drug operation running. 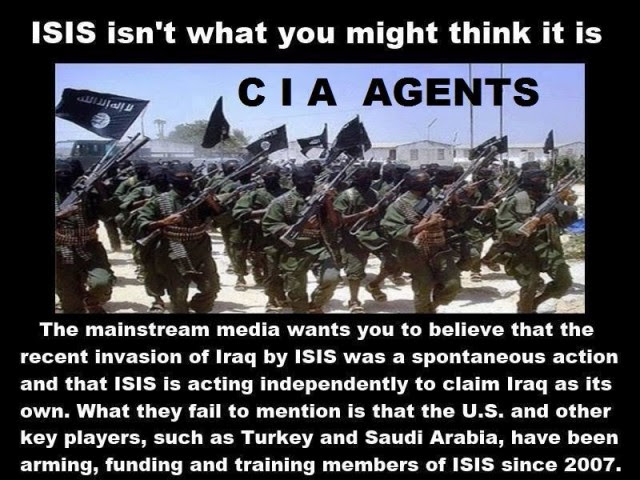 Equally as worse, this report notes, since 2000, the Bush-Clinton-CIA drug empire expanded into Mexico causing a war that has, so far, killed nearly 250,000 (US and Mexico deaths) after their creating what is known as the Sinaloa Cartel, described as “the most powerful drug trafficking organization in the world”, and whose alliance with CIA-led DEA factions turned their main United States drug distribution center, located in Chicago, into the most deadly city America has ever known. 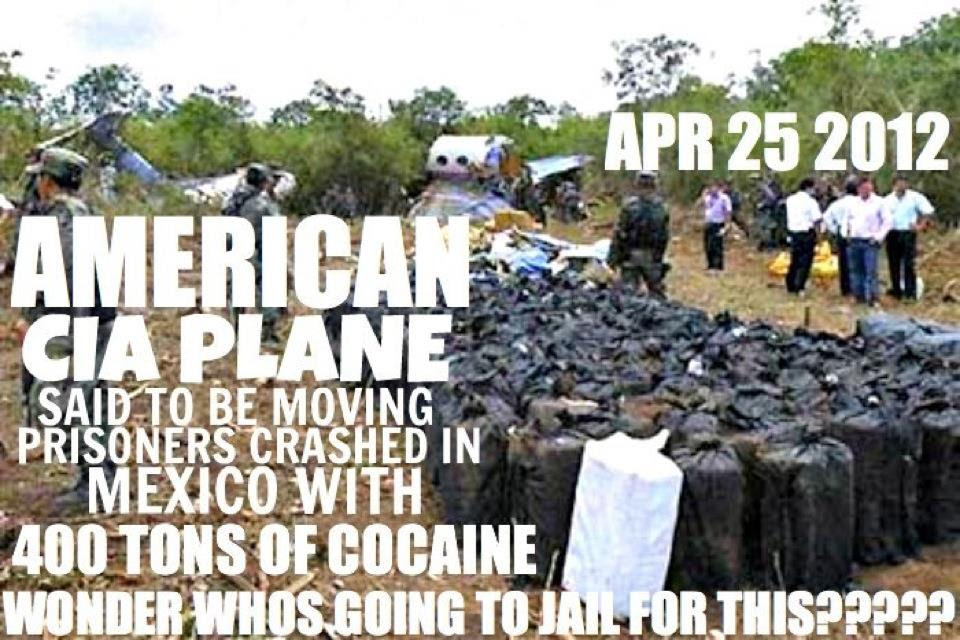 As to how the Bush-Clinton-CIA drug empire has been able to operate so freely these many decades, this report explains, is due to the CIA’s outright purchase of Hillary Clinton’s Democratic Party through illegal drug profits funneled through the “too many to count” shell corporations set up by the American-Hungarian billionaire George Soros, and as the Panama Papers detail fully. 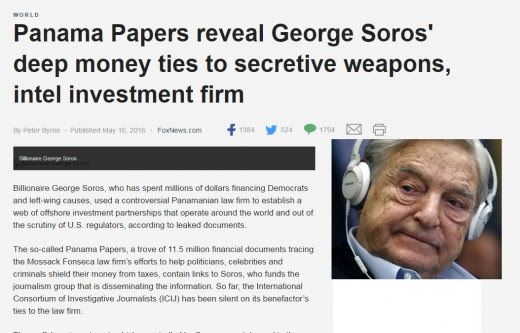 Not just the Democratic Party, either, did the Bush-Clinton-CIA purchase so they could continue their many crimes, this report continues, but the entire Western media establishment too—and as revealed by top German reporter Udo Ulfkotte, who this past year exposed the CIA’s total control over all of these mainstream news organizations, but who was, sadly, assassinated this past week prior to him meeting with President Trump.

Not being assassinated though, this report notes, is the Bush-Clinton-CIA Sinaloa Cartel leader Joaquín Guzmán (El Chapo)—who just hours ago was brought to New York City by Trumpian forces and their Obama regime allies—and is able to identify the “money routes” of supply from the CIA to the Democratic Party.

To the “main/central” CIA “money route” of illegal drug profits used to buy the US mainstream media and Democratic Party uncovered by Trump-Obama forces, this report explains, was through the owner of a small Washington D.C. pizza restaurant named James Alefantis (who was “bizarrely/strangely” named as one of the 50 most powerful people in Washington) and his homosexual lover David Brock—who is one of the Clinton Crime families most feared operatives.

Once receiving Bush-Clinton-CIA illegal drug profits, this report continues, David Brock dispersed these monies through a secret network overseen by Hillary Clinton campaign chairman John Podesta and his brother Tony Podesta—who, in turn, also funneled money into the Republican Party through John Podesta’s close personal friend, and convicted “boy lover” pedophile Dennis Haster, who was once the leader of the US House of Representatives. 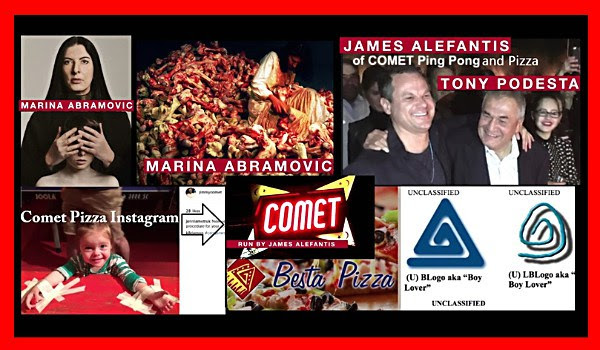 Most astounding to note in this report about the Brock-Alefantis-Podesta-Haster “money manipulators” for the CIA, who have corrupted the US mainstream media and the Democratic Party too, is that President Obama’s closest personal aide, Ben Rhodes, this past week authorized his CBS News president brother, David Rhodes, to release a shocking television report about these monsters—and that aired first on the CBS networks flagship station in Atlanta.

As this Security Council report has many conclusions that are in excess of over 1,700 pages (the majority of which remain highly classified), the fastest summary of it we can relate to you is that:

2.) Knowing that leftist Americans would gravitate towards the charismatic Obama, once taking power his “mission/objective” was to begin the destruction of the Democratic Party—which he succeeded at beyond all expectations.

3.) Also among Obama’s “main/central” objectives while in power was keeping the United States from starting World War III, while at the same time ensuring that the Democratic Party would not be able to disarm the American people.

4.) Once Obama’s term was finished, and in a further bid to keep the Bush-Clinton Crime Families from taking power, Trump would then ascend to power while, also, destroying the Republican Party—and who was secretly aided by Obama’s top political operatives.

But to this reports gravest conclusion is that even though the Freemasonic forces led by Trump-Obama have so far accomplished all of their goals, the outcome of this war still remains undecided—but to anyone still puzzled as to why Obama received a Nobel Peace Prize in 2009 for having done nothing, it had nothing to do with what he had done, but what his and now President Trump were planning to do, stop these monsters once and for all. 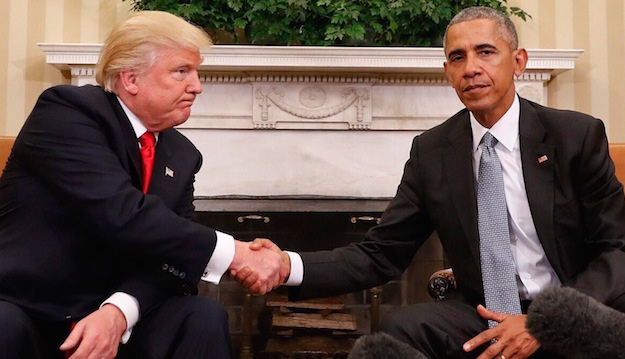