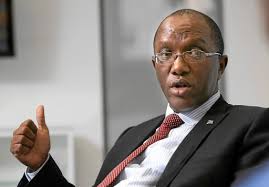 Auditor General Kimi Makwetu has lamented poor financial controls in the public sector that lead to irregular expenditure, saying the scourge has reached an “all-time high”.

Speaking at The Banking Summit, Makwetu said the rising rate of irregular expenditure called for stricter regulation that would empower his office to deal more harshly with transgressors and help boost compliance.

“There is a glaring absence of consequence for all wrongdoing, which has given rise to calls to expand the mandate of the Auditor General,” he told delegates.

“Irregular expenditure is at an all-time high…we are not in a good place.”

The legislation would compel accounting officers at government departments and entities to adhere to the office’s recommendations.

According to Makwetu, irregular expenditure at local government accelerated from R4-billion in 2010/11 to more than R16-billion in the 2016/2017 financial year.

At national level, the rate jumped from R11-billion to around R50-billion.

“People are ignoring the recommendations that are made by the Attorney General,” said Makwetu.

Irregular spend that’s ‘worrying, systematic’
He said the legislation would empower the office to find those involved in allowing irregular expenditure financially liable.

According to Makwetu, there are instances where errors may genuinely be made, but he stressed that at other times, irregular expenditure “becomes systematic and grows at an exponential rate…and that raises a worry”.

In his address, Makwetu also highlighted the recent reputational crisis suffered by the auditing profession, particularly the KPMG, VBS and Steinhoff accounting failures.

He said the sector could learn from the banking sector when it came to regulation.