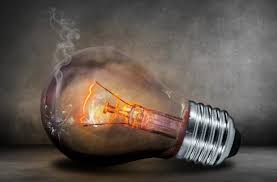 The struggling power utility wants the state to absorb its debt in a move that would likely be good for them but bad for our credit rating.

As South Africans grapple with festive-season load shedding, our embattled national power utility, Eskom, is trying to find ways to keep the lights on while operating with billions of rands’ worth of crippling debt. The solution? Asking the government to take on R100 billion of your debt.

Business Day has reported that Eskom plans to do just that, saying that chairperson Jabu Mabuza brought up the proposal while being interviewed at an investor roadshow.

The move, according to the publication, would add 2% on to the government’s debt-to-GDP ratio, something that is unlikely to please credit rating agencies who have the power to decide whether we remain in what is commonly referred to as “junk status”.

Already, Eskom is kept going by a debt guarantee to the value of R350 billion. So while Eskom tells us not to put strain on the grid, they are only operational due to the significant strain they’re currently putting on Treasury.

The power utility’s decision to implement load shedding in summer, when demand should be significantly lower than in winter, and on weekends when demand is meant to be at its lowest, has raised eyebrows.

The utility claimed weekends were the perfect time to replenish reserves for weekday peak demand.

Meanwhile, load shedding continues. Eskom was conducting maintenance over the weekend in the hope of preventing load shedding this week, but they said it must continue due to breakdowns at certain power generating units.

And, as if the parastatal’s problems were not bad enough already, The Citizen reported last week that Eskom staff may be sabotaging the power utility from within due to the internal resistance of the utility’s planned restructuring.

Word is that some people in top positions uncertain of their futures are possibly sabotaging the power utility. Energy analyst Chris Yelland said, though it was not confirmed, people within Eskom appeared to be flexing their muscles and knew where to switch the power utility off.

As for Eskom’s official word on the bailout, the utility’s spokesperson said on Wednesday morning that he was in no position to comment on the issue at this stage, since they were still sharing the details of the plan with “various strategic stakeholders”, including the shareholder (government).