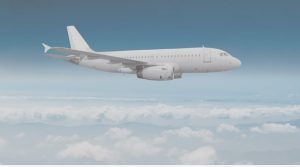 Air travellers in South Africa have been warned to pack lunch boxes as there will be no food or catering services on several airlines as workers are expected to embark on a strike on Monday.

This as the National Union of Metalworkers of South Africa (Numsa) warned on Sunday that there would be no food or catering services on several airlines and in airport lounges due to threatened strike action.

“The strike will affect OR Tambo airport, Cape Town international and King Shaka in Durban. We advise that if you intend to fly on certain airlines tomorrow [Monday] please pack a ‘skhaftin’ [lunch box] because there will no food or catering on the flight,” said Numsa spokesperson, Phakamile Hlubi-Majola.

Air Chefs is a subsidiary of SAA.

Airline spokesman Tlali Tlali confirmed a notice to strike had been received, but said contingency plans were in place to ensure there was “minimal to no impact” on operations.

Air Chefs has gone to court to interdict the strike by the union.

“Since serving the company with a notice to strike, Air Chefs has applied for an urgent interdict in an attempt to block the strike. We condemn the backward management with the contempt they deserve,” said Hlubi-Majola.

The union accused the company’s management of attempting to silence the workers with legal action. It vowed to ensure workers were able to exercise their right to strike.

“Our members will be embarking on strike action from Monday October 7 2019 from 6am,” she said.

SAA lounges and canteens would also be affected, Hlubi-Majola said.

The union said workers were “fed up” after anniversary bonuses were withdrawn by management.

“From January 2019 to date, no employee has received it and our members are demanding that the company must pay it because it is part of their benefit of employment,” said Hlubi-Majola.

Tlali confirmed that SAA had approached the Labour Court.

“We appreciate that this may be an interim relief pending the judgment of the court on the matter, which is expected on Monday in the afternoon. This has given Air Chefs a window of opportunity to consider options at its disposal.

“In addition to an interdict, Air Chefs has activated its contingency plans to ensure business continuity should the industrial action materialise. This means [that] measures are in place to mitigate the impact of the strike by Numsa and to render services to all Air Chefs customers, including the airlines it provides catering services to.

“This has been communicated to all airlines including SAA,” he said.