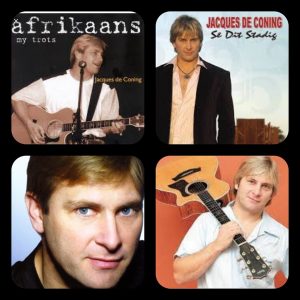 Netwerk24 first reported the singer’s death on Sunday afternoon, citing a car accident on the R72 between Kenton-on-Sea and Alexandria at around 10:30.

His son, Basil, died five years ago in a car accident in Port Elizabeth.

The Port Elizabeth-born Hendrik Theo Jacques de Coning started his Afrikaans songwriting career in 1998 by writing a song for the Griekwa Rugby Team. He achieved fame with the album, which achieved gold status after selling more than 100 000 copies.

Known for his versions of FAK-songs, his debut album, delivered hits.

As singer and songwriter, his music spanned several genres ranging from pop and rock to so-called “boeremusiek-reggae,” widening the scope of modern-day Afrikaans music.

He also ran the family’s restaurant, Bushmans Bar and Grill, in Kenton-on-Sea with his wife, Lynn.