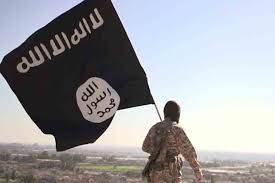 After spending time in Isis strongholds, a large group of South Africans have been allowed to return back to Mzansi. Should we be concerned?

Amec is a research institute based in Johannesburg, who focus on the Middle East and Africa-Middle East relations. IOL report that, during a public address in Durban last week, Director Na’eem Jeenah estimated that dozens of pro-Isis recruits are back in Mzansi:

“We have had a number of returnees, between 80 to 100… especially families. They are almost definitely under surveillance. Upon their return, they were interviewed by the State Security Agency (SSA) before being released and the government has been involved in ensuring their proper repatriation.”

Na’eem Jeenah
It would seem that the SSA are happy to let the returning jihadists go back to their previous lives as South African citizens, although they will be monitored heavily following the detailed interrogations they went through after landing in SA.

Amec’s address was delivered at the Suleman Lockhat Auditorium in Sydenham. Security specialist Mike Sarjoo turned up to explain how the State Security Agency views extremism and terrorism and also debated how much of a risk Isis is to South Africa.

How likely an Isis attack is in South Africa
The group revealed that Islamic State isn’t very likely to attack South Africa, given that they only target countries which have previously declared war on the fundamentalist outfit. The US and UK are two examples of these targets, whereas continued attacks on Syria and Iraq are used as “indirect” attacks on western countries that have denounced the group.

Amec made their address at a time where the threat from Islamic terror is a serious worry for many South Africans. In 2018, we’ve seen the allegedly pro-Isis attack on the Verulam mosque, which brought 11 suspects to trial in KwaZulu-Natal. All have since been released on bail.

Furthermore, the UK Foreign Office updated their information about South Africa to identify it as being “vulnerable” to religious extremism earlier this year. Jeenah’s assertion that Mzansi is not under threat may not be heeded by everyone who hears it.