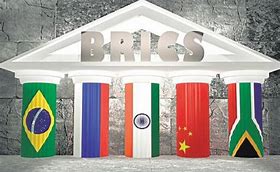 The “new Development Bank” known as Brics Bank, has approved the lending of R7bn to the state-owned entity Sanral.

This is the seventh loan to South Africa that Brics has granted, and the latest loans are considered another step closer to junk status.

The SA National Roads Agency (SANRAL), which initially intended to realize huge profits from e-toll, has failed miserably, and financial experts consider the entity as another state-run institution that does not raise the financial burden.

To date, Sanral has not been able to raise sufficient funds to keep national roads in good shape, and there is no concern that the R7bn will not be well managed so as to realize optimal benefits for road users.

The Brics countries, Brazil, Russia, India, China and South Africa set up the Brics Bank to counter the IMF