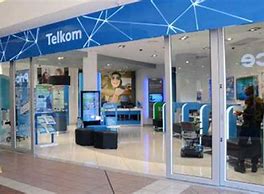 In a letter sent to unions on Wednesday, the telecommunications company says the decline in voice calls and landline data (ADSL), as well as “operational inefficiencies” are the main reasons why so many employees have become redundant.

The first of two rounds of retrenchments is at OpenServe, as well as information technology and consumer services. It is envisaged that these employees will leave Telkom’s service by the end of April this year.

OpenServe is Telkom’s division that provides wholesale services. It’s also its largest division, with 7,899 employees. Telkom says OpenServe’s operating structure is set up to support fixed-line services, as well as a large part of its consumer division.

The second round of retrenchments is at Telkom’s corporate division, where 310 people work. It is anticipated that this round will be completed by August.

The letter notifies unions of the restructuring in terms of sec. 189 and Art. 189A of the Labor Relations Act. The trade unions of which Telkom workers are members are Solidarity, the Communication Workers Union (CWU), the South African Communications Union (Sacu) and the Information Communication Technology Union (Ictu).

The first retrenchment negotiations or other options will take place on 22 January.

Telkom says more and more people are moving to mobile data and fiber, areas in which it is a much smaller role player.

Telkom also blamed fierce competition for cheap data, including the #DataMustFall movement, and regulator issues, such as price controls and the delay in selling broadband spectrum, for the retrenchments. He also blames the weak macroeconomics.

Johan Botha, Solidarity’s deputy general secretary and spokesperson for communications, says although there have long been rumors of retrenchments, the announcement caught them off guard. The size of the retrenchments is also extremely high.