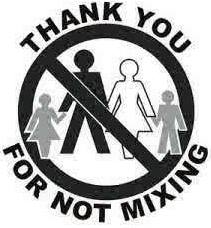 Proof that TRUE Diversity INCLUDES the Preservation and Celebration of Racial Differences…
How Can Genetics Stop HIV?
People can be infected with many different bacteria and viruses — but some people get more sick from these bugs than others. Do our inherited genes cause some of that difference?
The answer is yes – different versions of important genes change how easy it is for a person to be infected.
Since the 1980’s many people have been afflicted with AIDS, caused by the virus HIV (human immunodeficiency virus). However, not everyone who is exposed to the virus gets sick. Scientists have carefully studied people who seem resistant to HIV infection. What’s going on?
The answer comes from an understanding of how HIV interacts with our cells. HIV, like all viruses, can’t make new copies of itself without help. It needs to enter cells and use their machinery to reproduce and spread throughout the body.
HIV can only enter certain cells. How does it find the right cells? By special proteins called receptors.
Receptors sit on the outside of cells to receive messages and transmit them into the cell. HIV grabs onto cells that have a receptor called CD4.
Cells with the CD4 receptor are an important part of the body’s system for fighting all diseases (our immune system). HIV gradually destroys these cells and cripples the immune system.
It turns out that CD4 isn’t enough. Another protein called CCR5 is needed as well. CCR5, called a co-receptor because it works with CD4, is the door that opens to allow HIV to enter the cell.
Many Caucasians who are resistant to HIV have a mutation in the CCR5 gene called CCR5-delta32. The CCR5-delta32 mutation results in a smaller protein that isn’t on the outside of the cell anymore. Most forms of HIV cannot infect cells if there is no CCR5 on the surface.
One copy of CCR5-delta32 seems to give some protection against infection, and makes the disease less severe if infection occurs. This is more common, it is found in up to 20% of Caucasians.
However Caucasians with two copies of the CCR5 delta32 gene (inherited from both parents) are virtually immune to HIV infection. This occurs in about 1% of Caucasian people.
Do YOU still think it is a good idea to destroy diversity and commit white genocide through multicultural assimilation, forced and subversive coercion of racemixing, castigation media and social blackmail? 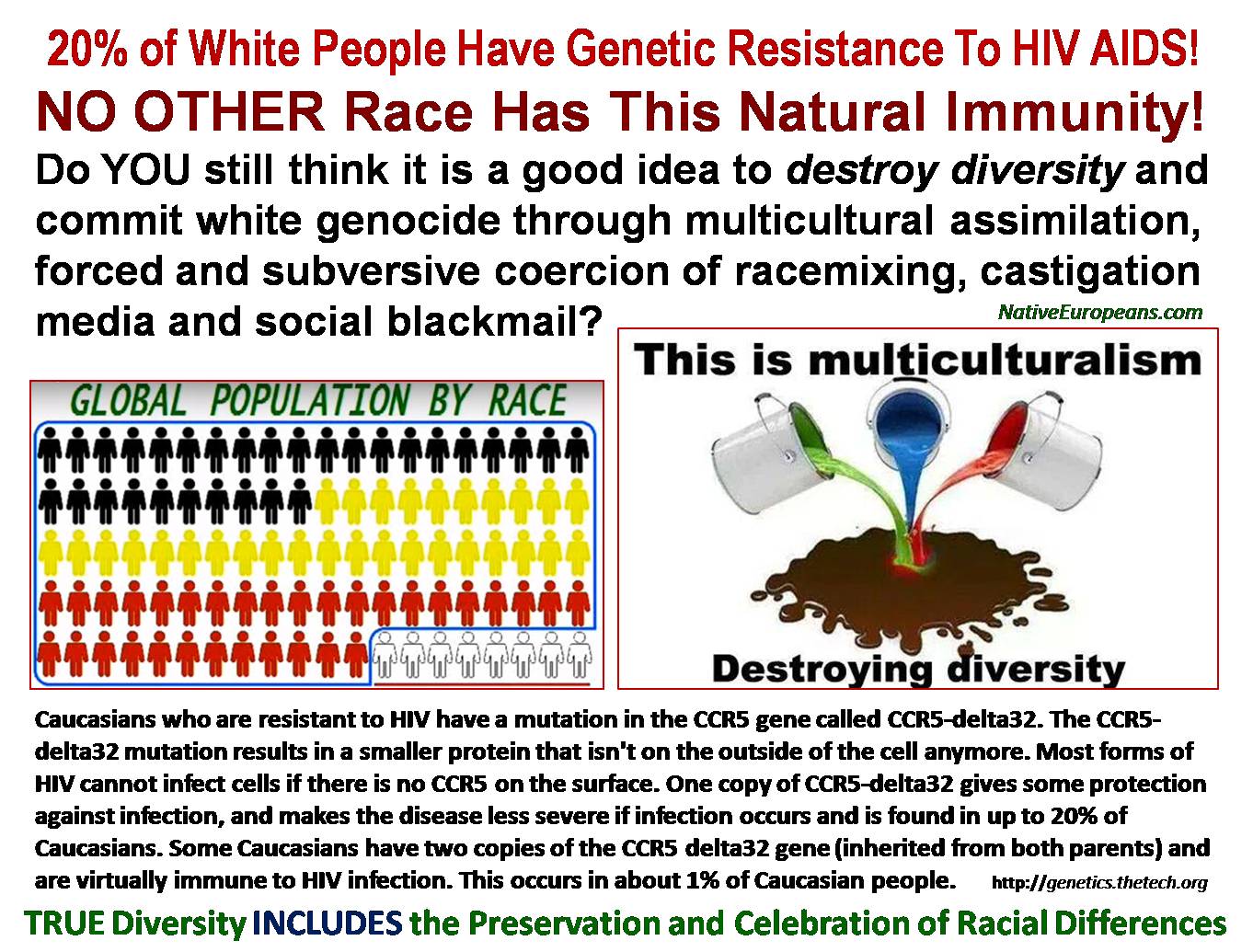 See also: 3 Options for Europeans Worldwide: Have Babies, Build Walls or Hang your Leaders and Mass Media for High Treason