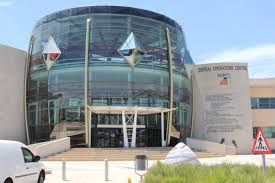 By purchasing Eskom bonds, pensioners are exposed to extremely high risk as Eskom is currently unable to cover its current costs with electricity sales.

The US has also made a request to PIC not to make investments in other state entities such as SAA. Public servants’ pension fund (GEPF) currently has R54.8 billion Eskom bonds, which is nearly 17% of the power provider’s outstanding debt and currently five times more than the next investor.

Meanwhile, PIC’s 11 Councilors have offered to resign amid continuing scandals and suspension of senior staff.

Economists, however, warn that a buyer will not be easily available for the bonds, given the large amount involved. Albert van Drie, a representative of AMA, said in January 2019 to the Commission of Inquiry into PIC’s affairs that investments in Eskom are reckless and politically driven.

-Read the original article in Afrikaans on Vryburger
This report does not necessarily reflects the opinion of SA-news.