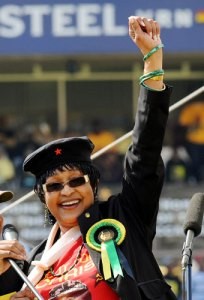 According to an Econex survey commissioned by the Hospital Association of South Africa (Hasa) in 2015, there were just 60 doctors per 100,000 people in 2013; whereas the world average is 152.

The emigration of healthcare professionals adds to South Africa’s doctor shortage – a situation which is placing the country’s entire healthcare system at considerable risk. While it is uncertain how many doctors have emigrated, Econex reported that between 2004 and 2009, 17% of doctors who had qualified did not report for community service. It is estimated that there are currently only 7,000 medical specialists practicing in South Africa.

One of the factors contributing to the declining number of doctors in South Africa is the prohibitive cost of monthly medical professional indemnity (PI) premiums. The issue around premium costs is a very real consideration for doctors currently in practice and those looking to start a career in medicine. In some cases, medical PI costs are driving high-risk specialists such as obstetricians and gynaecologists (ob-gyns) from their professions, says Volker von Widdern, group chief executive officer of Constantia Insurance Company Limited.

Here are some facts:

In a 2014 edition of SA Medical Journal, doctors warned the health system could collapse as medical negligence lawsuits were driving up the cost of private insurance for doctors, making practising certain specialities of medicine too expensive and risky.

According to the Medical Protection Casebook, the number of claims against healthcare professionals in South Africa rose by 35% between 2011 and 2016, and the value of the claims during this period had increased 121%. li>
Complaints to the Health Professions Council of SA have risen by 100% to 2 500 a year against doctors, dentists and other healthcare professionals.

Health minister, Aaron Motsoaledi said from the 2014/15 financial year to the 2016/17 financial year, more than R2.3bn has been paid to cover medical negligence claims – with the state’s contingent liability for the claims sitting at R56bn.

Motsoaledi says 360 claims have been lodged in the current (2017/18) financial year so far, amounting to R241m. Although some of the claims are legitimate, many of them are excessive and unjustified.
Rising medical PI insurance costs are also having an impact on doctors’ and hospitals’ costs. The rising cost of funding malpractice insurance is having a serious impact on obstetricians, often forcing doctors to charge a co-payment for their services.

Doctors are the backbone of hospitals. SA’s three biggest private hospital groups make a significant contribution to the economy, generating R55.5bn, or 1.3% of gross domestic product (GDP), in 2016, according to research by Econex.